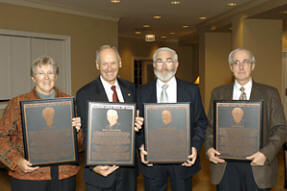 NAN RYAN WAS ELECTED TO
THE ILLINOIS GOLF HALL OF FAME

Nan began her golf career at the age of 9, when her eye doctor suggested she “get off the couch, stop reading, and go outside — play some golf”.

She found she loved all parts of the game, and soon entered her first tournament, the Illinois Women’s State Championship at Illini Country Club in Springfield. She shot 131 in qualifying for the last flight. A few years later, she was co-medalist in the same tournament on the same golf course with 71.

Ryan grew up on Westview Golf Course in Quincy, a protégée of golf professional Scotty Glasgow. She worked in the shop, repaired clubs, mowed fairways, laid sod on the greens and chopped trees.

Nan went on to play amateur and LPGA tournaments all over the country, and spent three months traveling with LPGA Co-Founder Marilynn Smith presenting clinics and exhibitions in Texas and Louisiana. She also did clinics with the famed Patty Berg.

Following graduation from the University of Missouri School of Journalism, Nan went to work in the Public Relations department of The PGA of America in Dunedin, Florida, where she was Editor of The PGA Magazine and Assistant Director of Public Relations.

Later, she served as Director of Public Relations for the Ladies PGA and originated the LPGA Player’s Guide, the LPGA Newsletter, and helped write the LPGA Constitution and By-Laws.

As an amateur, she spent thirteen months living out of a suitcase, traveling and playing on the LPGA Tour, and was low amateur in several of the events. One of her best memories was of playing in the Western Open in Des Moines, IA, where she was low amateur. Her silver bowl prize was used to collect funds from the gallery for Babe Zaharias, who was ill with cancer.

She also recalls playing in the Texas Open behind the great Babe. Although she never had an opportunity to play with The Babe, she did play with many of the LPGA tour pros, including Mickey Wright, Betsy Rawls, Patty Berg, Fay Crocker, Kathy Whitworth, Marilynn Smith and others.

“I was fortunate to be playing at a time when I got to know the founders of the LPGA, and others who were instrumental in creating what the Association is today,” says Nan.

Nan worked in the golf shop at Sunset Golf Club in St. Louis, MO, under Master PGA golf professional Jim Fogerty, then moved to her hometown, Quincy, IL, to enter business with her parents. She also owned and operated her own printing business.

The mother of two children, Kathleen and Michael, Nan opened Golf USA in Quincy in 1986, and turned pro in 1987. She now holds Senior status in the  LPGA, and has given golf clinics and taught golf at clubs in Illinois, Missouri, Kansas and Colorado, and has been an instructor at several Executive Women’s clinics in Chicago and St. Louis.

In 1993, Nan authored “Let’s Play Golf”, an instruction book for juniors and women. An avid photographer of wildlife, she has traveled extensively to photograph the many and various animals in Botswana, Zambia, Zimbabwe, Kenya and Tanzania, polar bears in the Arctic, grizzlies in British Columbia and whales in Alaska. (You can see some of her photos and find out about her book here.)

She also spends much of her time during Pepsi Little People’s photographing the players. The pictures appear on the tournament website, in the program, and on other websites and publications.

In 1995, Nan received the Budget Service Award, a national award presented by Budget Rent A Car and the LPGA for outstanding contributions to junior golf.

In 1997, she received the Golf Digest Junior Development Award, and the Humanitarian Award from Transitions of Western Illinois. She was named to Golf for Women’s 50 Top Teachers List in 2001.

Her greatest career highlight is that as Founder and Executive Director of the international Pepsi Little People’s Golf Championships, one of the largest and most prestigious junior golf tournaments in the World, now in its 50th year.

“The volunteers are a vital part of Pepsi Little People’s,” says Nan. “The tournament just couldn’t happen without the  volunteers who help make the tournament the success that it is,” she says.

The original event in 1974 drew 174 players from 13 states and Canada.  The tournament reached a record 922 entries in 2000, and continues to draw large numbers of boys and girls aged 3 through 18, coming from  every state and some 36 countries.  The tournament is played on two golf courses in Quincy, Illinois.

She also created “Kids Helping Kids”, a program that has donated more than $300,000 to children’s charities and scholarships. Major recipients of the tournament proceeds are The First Tee of Great River and Transitions of Western Illinois.  She also created the Pepsi Little People’s Scholarship Program, which offers scholarships to compete in Little People’s to boys and girls who otherwise would not have the opportunity to compete in an international junior golf tournament, based on a complete profile that includes academic achievement, extra-curricular activities, civic or volunteer programs and financial need, and the Maureen J. Garrity Scholarship for Women.

In 2001, Nan and the Little People’s tournament office moved to Estes Park, CO. There she continues to organize Little People’s, play and teach golf at Estes Park Golf Course, and hike, walk and photograph wildlife and landscapes in the Rocky Mountains. “I am honored and humbled to be in the company of these other men and women who have devoted their life to golf,” said Ryan upon her election to the Illinois Golf Hall of Fame.

“It’s wonderful when your work can also be your passion. It IS a great life!”

A Few Pictures Of Nan’s Hall Of Fame Evening! 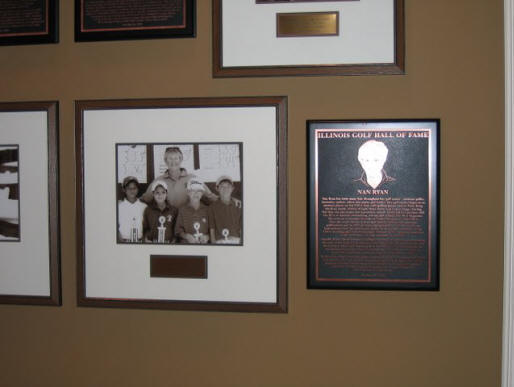 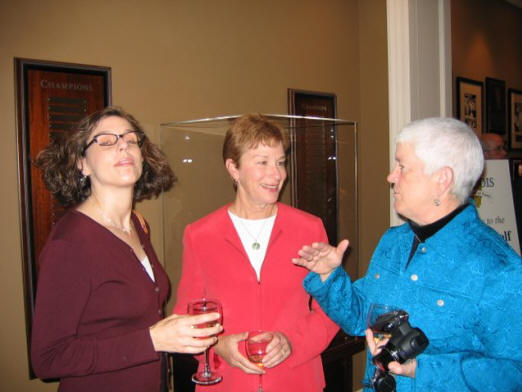 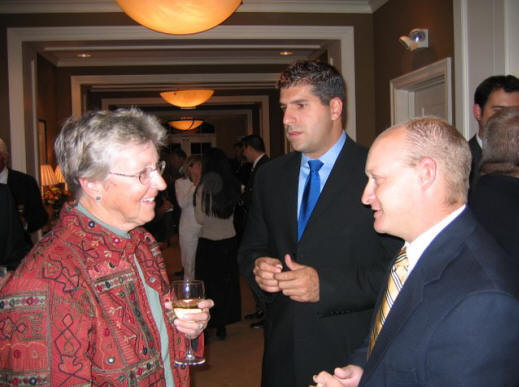 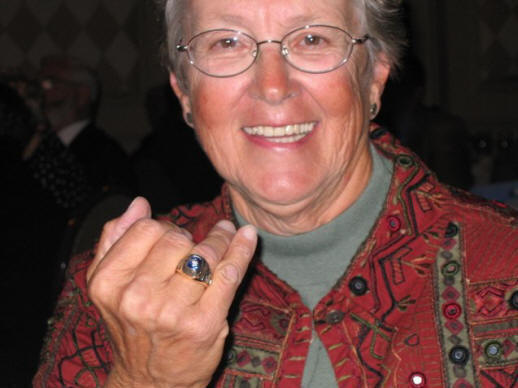 Nan and her ring. This is the first time a woman has been given a Hall of Fame ring. 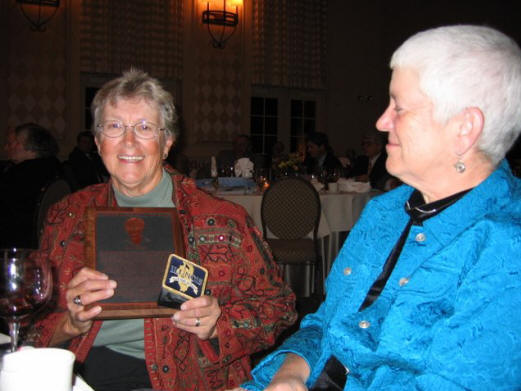 Nan with her wall plaque, Maureen looks on. 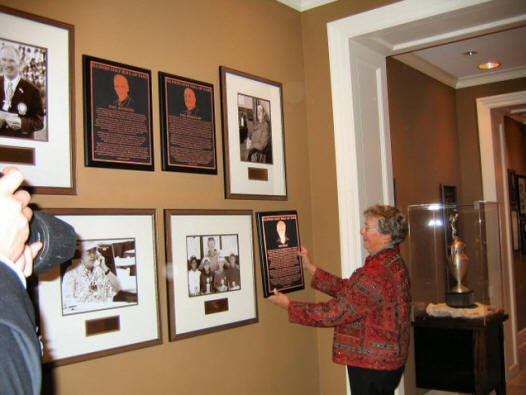 Hanging the plaque back on the Wall of fame